Map overview and where to find the best loot - Apex Legends

Like any typical Battle Royale game, you start by entering the map from a random direction, and can then choose where to jump.

Different areas on the map will contain varying levels of loot rarity, so if you're looking to get the best weapons and gear early on in the game, you'll want to head to a high-tier loot area (purple). But beware - you'll likely have plenty of competition in these areas!

When entering an area, the game will display the type of loot in that area at the top-left of your screen (next to the minimap), so you know what sort of loot to expect.

Where to find the best loot

Entering a section marked as a High Tier Loot area will indicate that you will be more likely to find better loot in that area. You can find the best weapons and gear at: 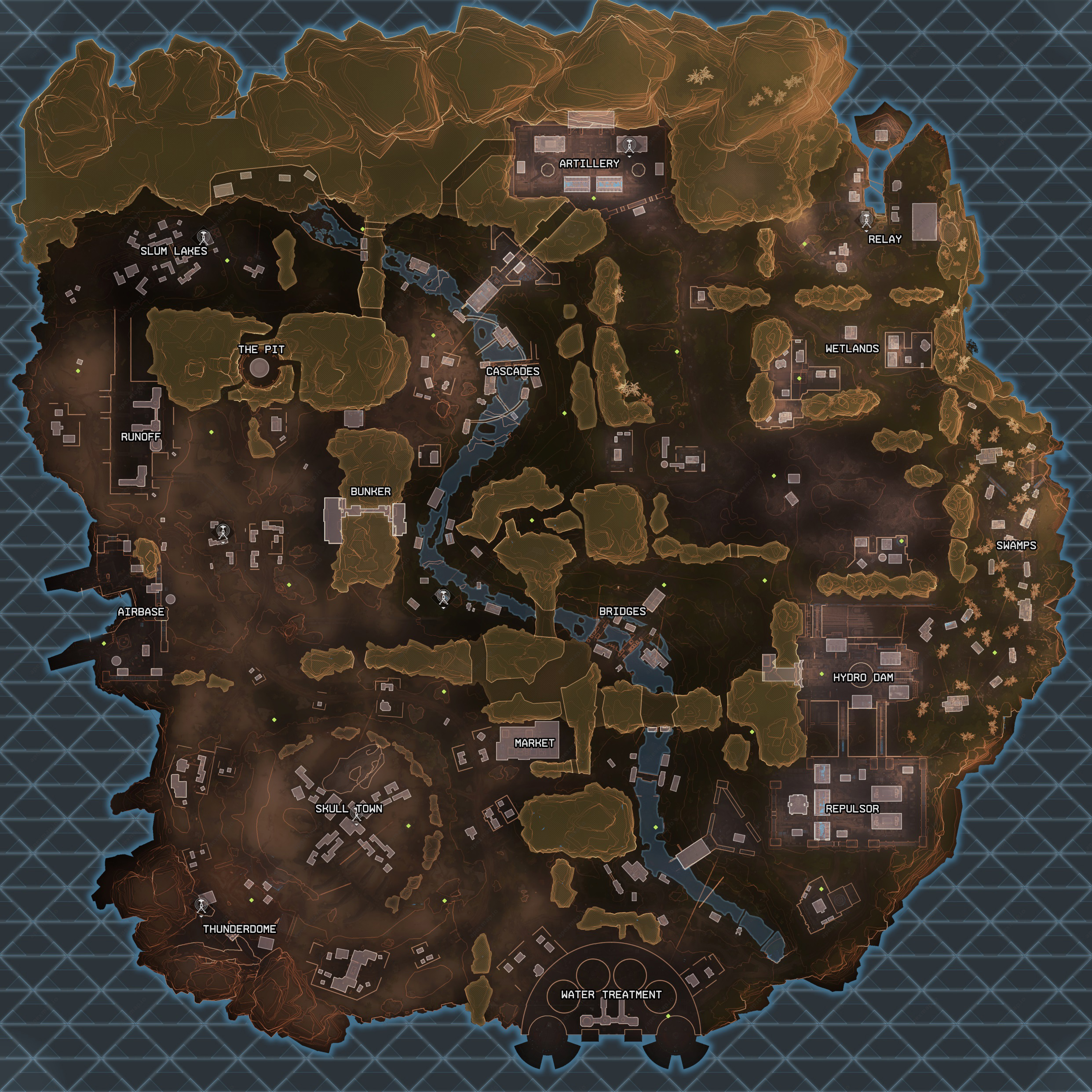 On the map above, the chances of finding rare loot are highlighed as follows:

In Medium Tier Loot areas (blue on the map), you have a higher than average chance of finding rare items, but the loot will not be as good as the High Tier Loot locations. You may find these areas are easier for starting in as they will be less crowded at the start of the game, giving you time to gear yourself. The Medium Tier Loot areas include: